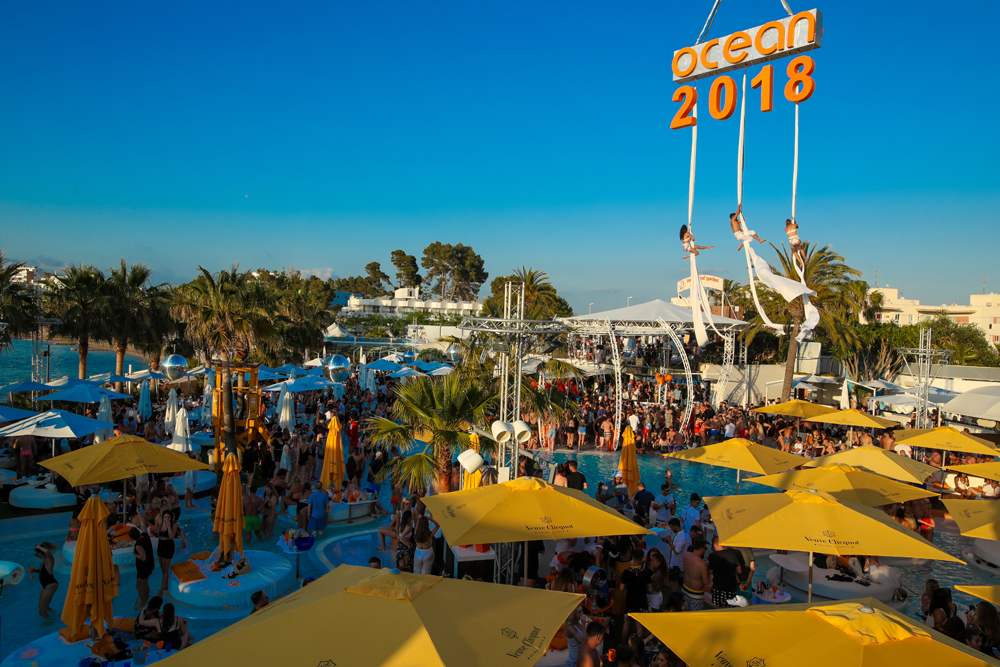 With the dust having barely settled on the 2018 season, here at Ibiza Club News HQ, we were hoping to get a little bit of time to rest and find our marbles before the usual winter rumour mill kicks into full effect. However, with Ibiza being Ibiza, this is not the case and news of big change on the island has already started to trickle through into our inboxes.

So, without further ado, we can officially tell you that Ocean Beach as you know it is no more. However, no need to worry, you’ll still be able to party in San An’s favourite beach club because it is merely rebranding and changing it’s name to O Beach.

In an interview with The Man in San An, Martin Makepeace, Tony Truman, co-owner of O Beach, confirmed the rebranding, highlighting an ongoing trademark dispute with Ocean Club Marbella as one of the main factors behind the change. So, what does this mean for holidaymakers in Ibiza? Well, not a whole lot. Tony confirmed that the only wholesale change to the beach club will be the name, promising everyone that the price, vibe and atmosphere of the club will stay exactly the same and keep things just the way you like it!

With the new name, the door for brand expansion has been opened and, in true O Beach style, the team not planning on doing anything by halves. Dubai, Croatia, Las Vegas Tenerife were all mentioned in the interview so it’s fairly clear to see that the team behind O Beach have big plans for the brand in the coming years and you’re extremely likely to see them opening beach clubs all over the world very soon.

Truman also went on to reveal that the group has taken control of Surf House, the venue right next door to O Beach, with plans to move in, in October 2019. While remaining fairly tight-lipped about plans for Surf House, he did confirm that it will remain as a separate venue with a more upmarket and “Instagramable” vibe. In a “world exclusive”, Truman also revealed that the group has bought another iconic building in San Antonio, in the shape of the massive Chinese restaurant by the port. If you’ve ever walked by the famous fountains you’ll have noticed this building which has been part of the San Antonio landscape for as long as we can remember.

As always, big changes are coming to the island and in particular San Antonio next year. Let us know your thoughts on this or anything else Ibiza related in our comments section.