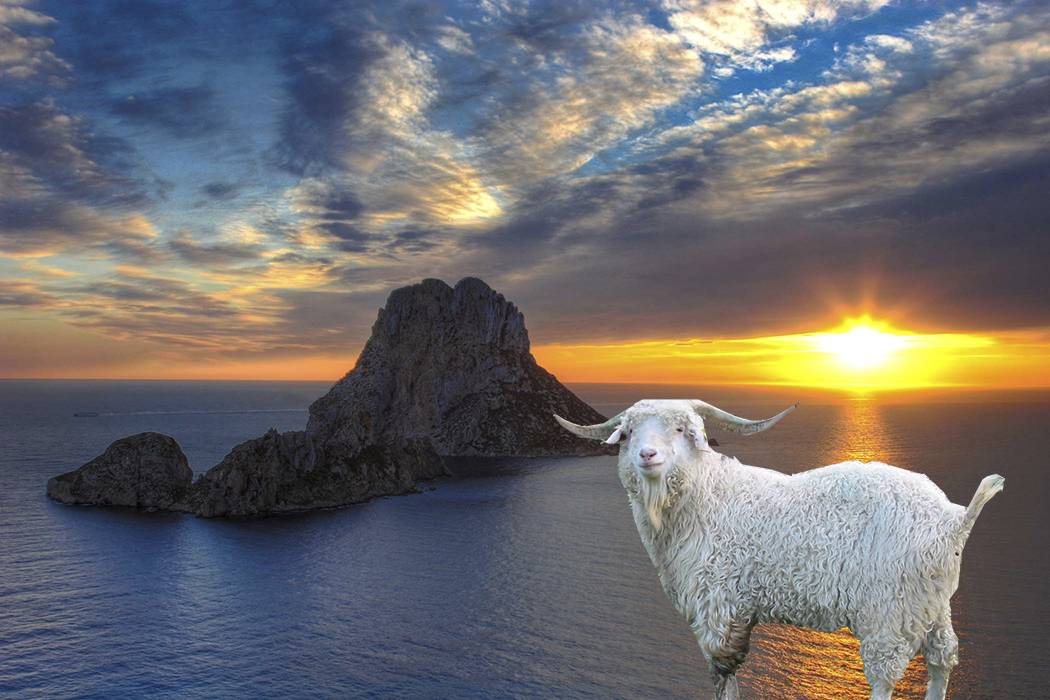 A trip to Ibiza is never complete without a quick jaunt down to the south of the island for a photo with you and your mates looking like burnt tomatoes dipped in Hierbas, while the iconic Es Vedra rock juts out of the sea in the near distance behind you.

We’ve all seen the shots… you know the ones I mean. Don’t try and pretend you haven’t had at least 3 of these as your profile photos, we know the type of person who reads Ibiza Club News.

Well, what you might not have noticed were the herds of goats living on the rugged island, as unlikely as it may seem for anything to live on such a rock. Back in February, the Balearic government sent “technicians” (think Die Hard 2 but with Spanish lads shooting at goats) to kill all the goats on the island, believed to be around 50 in total.

They left the dead carcasses to rot where they fell, and later that week 400 locals protested through the streets of Ibiza demanding government resignations for the killings.

Now, as many as 8 goats have been seen roaming the island having survived the massacre, and if I know goats like I think I know goats, we should see lots of baby goats roaming Es Vedra this time next year, just in time for the opening parties.

If you see a baby goat in DC10 this coming May you might well end up partying at an afters on Es Vedra with a load of other goats all off their rocket, and wouldn’t that be fucking typical?

Via Man In San An