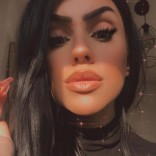 Hanging Chairs By The Pool

The Chill Out Area

The View From The Pool

The Pool at Night

The View From The Room

After spotting what looked like a little gem tucked away in Sa Caleta, we decided to stay for 2 nights at OM Hotel to see what it was all about.

Never heard of it – is it new?

It is! It only opened last year, which is probably why we hadn’t heard of it before; but both Mike & I were really pleasantly surprised. You can kinda guess the vibe before you even step into the place by the vintage car parked on top of the building and the Jimi Hendrix artwork on the external wall. It gives off a good vibe from the get go.

From the moment you step inside you get a nice feel for the place, it’s a small enough place with around 15 rooms, but the chill out area is pretty decent. There’s sofas all around the place, with hanging chairs, and in pool sun loungers. The pool itself is gorgeous, it’s a white marble pool and I’m pretty sure it’s heated at night. The room we booked stepped right out into the pool, which being a person who spends half their life in the pool, half their time on a sun lounger, I loved it.

You mentioned the rooms, how were they?

Small but sweet. The whole place has a kind of rustic, upcycled vibe and this really shines through in the rooms. With old upcycled wooden planks as the headboards and wicker baskets as the lampshades it gives the place character. Plus, like I mentioned earlier, our room stepped out onto a small lounging area, which then stepped straight into the pool.

As for the bed, it was a standard double which is fine by my standards as I’m a pretty small human, but if you’re anything like Mike, a bigger bed is always better. That said, it was extremely comfy; the only downside was I’m used to sleeping with three pillows, and they only gave one as standard with no more available when we asked.

The mini-bar was stocked with goodies too, such as packets of Oreos which is a nice additional touch; and the shower (which I always judge a hotel by) was a double headed power shower so that never goes unappreciated.

My only complaint is that on the ground floor if you have a rowdy crowd up ‘til 5am, you’ll be able to hear anything and everything, but I’d say based on the nature of the hotel this is a rarity and we just got unlucky one night.

What about the location, you said it was pretty hidden?

As much as it’s hidden down a little backroad, the location is still pretty good. It’s it’s just tucked behind in Sa Caleta, a lovely little cove about 5 minutes from the airport, and 10 minutes from St Josep Village or Ibiza Town. If you don’t mind hopping in a taxi to get around if you’re without a car you’ll be fine. There’s also some nice little local spots that are open nearby, like Jul’s Restaurant, and Tropicana Beach to name a few.

So if you like the beach it’s a good spot? What about the pool?

The pool and surrounding chill out areas are probably one my favourite part of the hotel, there is so much space to lounge around. Mike prefers the shade, whereas I prefer to bask in the sun all day so the space worked for both of us. There’s huge sofas all around the place, in and out of the shade, with swinging chairs you can curl up in. Round the back of the hotel there’s even more seating where you can plonk yourself for the day if you fancy.

I don’t feel like words can do it justice as it’s a unique little space, but if you’re looking for a little chill out spot for a few days (which we were) this spot is ideal.

The music was decent too, which is a nice change; nothing worse than absolute cheese pouring out when you’re trying to relax around the pool.

You seem to like the place! Were there any extra facilities?

With it being a boutique, and fairly small hotel, there wasn’t an abundance of extra facilities as there wasn’t the space to have them. That being said, with the heated pool at night, 24/7 bar service, and the chill out area, you didn’t really need much else. A gym wouldn’t be fitting with the style of the hotel, so I don’t feel it’s fair to deduct points for lack of one seeing as the hotel offered all it could for the space that it had.

Okay, fair enough, and what about the food and drinks?

From speaking to the staff, they usually operated a buffet breakfast; but with the current situation buffets are out of the question. The breakfast was included in the standard room rate, but I’m not a breakfast person so I just opted from coffee (which was Nespresso) and orange juice. I did sneak a look at the breakfast coming out though, and there were croissants, charcuterie boards, and fresh fruits which all looked lovely.

The bars were gorgeous, built out of varnished old wine cases, and strings of lights and were open 24/7 with pretty much everything you could ask for at reasonable prices. So no complaints there.

24/7 staff is always decent. Were they nice?

They were so, so, so polite and friendly. We got chatting with the manager there, Fer, and she was extremely accommodating and so helpful. There’s staff on site all day, and everything is table service, we were looked after exceptionally well. Even the cleaners were chatty and friendly; with it being such an intimate and small boutique hotel this really gave it that extra touch as everything felt so familiar, therefore I felt immediately welcomed and comfortable.

What about value for money?

We stayed for 2 nights early into the month before the tourists started arriving, so we got it for €130 a night. The prices vary depending on the night and are bound to change with tourists now arriving on the island; but you’re looking at anything between €110-€180 depending on when you stay; which is really inexpensive for a boutique hotel in Ibiza. Prices are probably due to change, as with everywhere, when life returns to normal; but right now this place is a bargain.

I really liked this place for a little escape and some chill out time, I felt really relaxed and content after leaving here, so for me it was a hit. I’d definitely recommend checking this place out if you want to escape for a few days.

Breakfast Included In The Price

Really Close To The Airport

Not Much Within Walking Distance

Can Be Noisy If There's a Late Crowd

Room Size On The Small Side