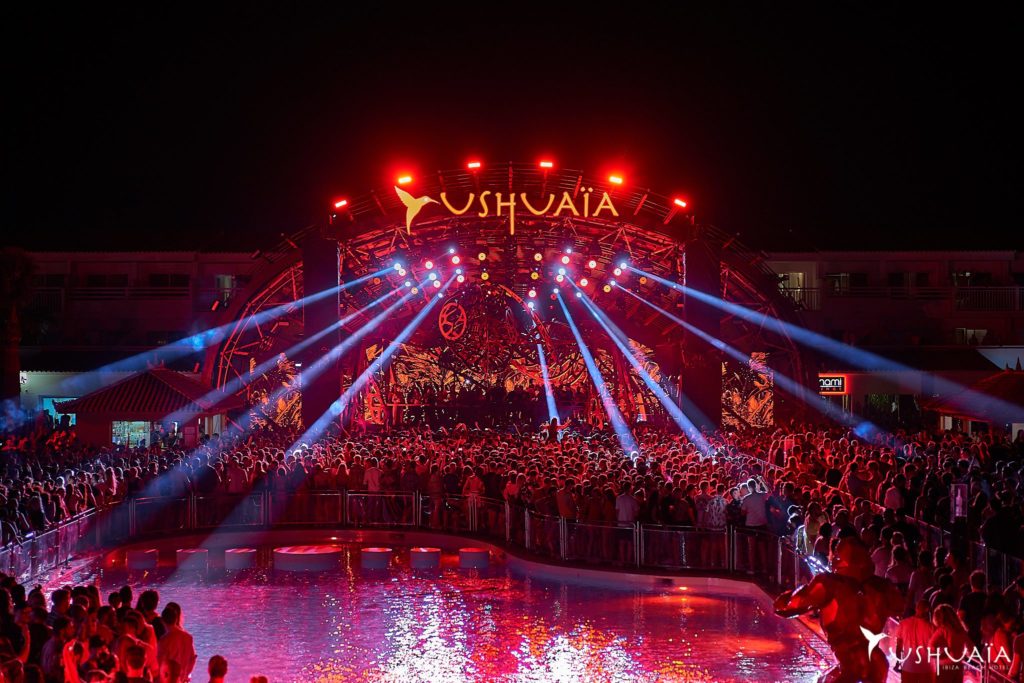 Wow, today is the last day of September and we’re officially almost at the very end of the season. The last five months seem to have gone by in the blink of an eye and now we’ve only got a week or two left before everyone packs up and heads for home to hibernate for the winter. But, before we do that, we’ve got the not too small matter of a couple of full week’s worth of closing parties to go to so let’s not get too emotional about going home just yet. If you’re on the island and wondering what exactly is going down this week, we’ve put together a little guide to what closing parties are happening, just for you.

First to Amnesia, where tonight Sven Väth’s legendary Cocoon party returns to the club to sign off on its 20th season in Ibiza. What a landmark year it has been for Cocoon and things won’t slow down at all tonight with another stacked lineup to see out their schedule. Sven Väth and Peggy Gou will be bringing the fire to the Terrace all night, while the Club Room tunes will be supplied by Adam Beyer, Ilario Alicante and ANNA. Then on Saturday, 5 October, it’s the official Amnesia Closing party with an absolutely insane lineup. On the terrace you’ll be able to catch John Woods, Cuartero B2B Mar-T, Caal, Archie Hamilton, Kölsch, Patrick Topping and Ricardo Villalobos B2B Luciano, with Les Schmitz, Luca Donzelli, Marco Faraone, ANNA and Nina Kraviz taking control in the Techno Room. You can get tickets to these parties here now.

In San Antonio, the ever popular Defected team will be capping another stellar season in Eden with what is sure to be another and last sell out show of a hugely successful season on Friday 4 October. Rounding off an incredible twenty one week schedule will be Roberto Surace, Amine Edge & Dance, Dennis Cruz, Low Steppa, Sam Divine and Simon Dunmore. Defected has really gone from strength to strength since relocating to Eden and we’re really excited to see what they’ll bring back to the island next year, but before then you can grab a ticket to their closing party here now.

Meanwhile, In San Antonio Bay, it’s another busy week of closing parties scheduled for O Beach this week, kicking off today with the Hed Kandi Closing Party with Grant Collins, Tom Crane and Loéca on the decks, while there’ll be live music from Manuel Moore(guitar), Lorena de Tena(piano), Ruben(sax), Micah(violin). Tomorrow the Closing Party fun continues with the final Kisstory party of the year, with music from Grant Collins, DJ Policy and Wilkes. Then on Wednesday, 2 October, it’s Hotbed’s turn to wrap up their season, with an impressive lineup on the day featuring Josh Arise, JWalks, Remi Rose, Alex Ellengur, Vicki Ettherton, Larry London, Parris & Lloyd, Danny Langan and Ellie Cocks. Then on Friday, 4 October, its the official O Beach Closing Party with the full lineup still to be confirmed. For all O Beach tickets this week, click here.

Over to Playa d’en Bossa and it’s full steam ahead for another huge week of closing parties. In Hï Ibiza, there’s a slow start to the week before four consecutive days of closing parties begins on Thursday. First up, its Afterlife where Tale of Us will be closing the island’s premier melodic techno night. They’ll be joined by one of the best lineups we’ve seen this year in the Theatre, with sets from Maceo Plex, Adriatique, Stephan Bodzin(live) and Agents of Time(DJ Set). While the quality is just as good in the Club, where you’ll be able to catch Rodhad, Mind Against, Marcel Dettmann, Ben Klock and Adiel. Then, in one of our favourite clubrooms on the island, The Wild Corner, there’ll be sets from Mathame, Lorenzo Senni(live), Franchino, DJ MXD. Then, the following day, Thursday 3 October, it’s the F*** Me I’m Famous Closing Party, where David Guetta will be joined in the Theatre by Bob Sinclaire, Daddy’s Groove and JP Candela, while in the Club we’ve got Idris Elba, Ferreck Dawn and Paul Reynolds. Saturday it’s Black Coffee’s turn to round things off for the year, with music coming from the man himself plus guests Vanjee, Themba, Lemon & Herb, Lazare Hoche, Lauren Lane, DJ Angelo and Blond:ish. Then, on Sunday, we party in Hï Ibiza for one last time at the Glitterbox Closing Party. As you’d expect, they’ve got a stacked lineup with sets from Melon Bomb, Melvo Baptiste, John Morales, Simon Dunmore, Horse Meat Disco, Purple Disco Machine, Dimitri From Paris, Roger Sanchez, Louis Vega and Fatboy Slim. For tickets to any closing party in Hï Ibiza, click here now.

Over in Ibiza town, we’ve got a huge week of Closing Parties across a number of venues. First off in Pacha, we begin a week featuring five closing parties tonight with The Masquerade Closing, where music will be supplied by Sergio Vicedo in Pachacha, Willie Graff and 2Villas in the Funky Room and Mr Dorris, Basement Jaxx(DJ set), Jon Hopkins(DJ set) and an extended set from Claptone in the Main Room. Tomorrow night, it’s the Pacha Latino Gang closing party with sets from Nicky Jam, Mucho Muchacho and Sergio Vicedo. Followed by the Flower Power closing Party on Wednesday, with sets from Joan Ribas and Mariano Somoza in the Main Room, while the music in the Funky Room will be supplied by Kintar and guests, then in the Pachacha you can catch DJ Oliver, Javi Munoz and guests. Friday night, 4 October, it’s the Dixon Presents Transmoderna closing party with Pvblic Xcess in the Funky Rom and Dixon all night long in the Main Room and on Saturday, 5 October, its the Pacha Presents Closing Party with Much Muchacho in Pachacha, DJ Pippi and Willie Graff in the Funky Room and Sebastian Gamboa, Mambo Brothers, MK and Martin Solveig in the Main Room. Click here for Pacha tickets.

There really is an awful lot happening this week so, as always, we advise our readers to grab their tickets to any parties they want to attend early to avoid disappointment on the night. You have been warned.