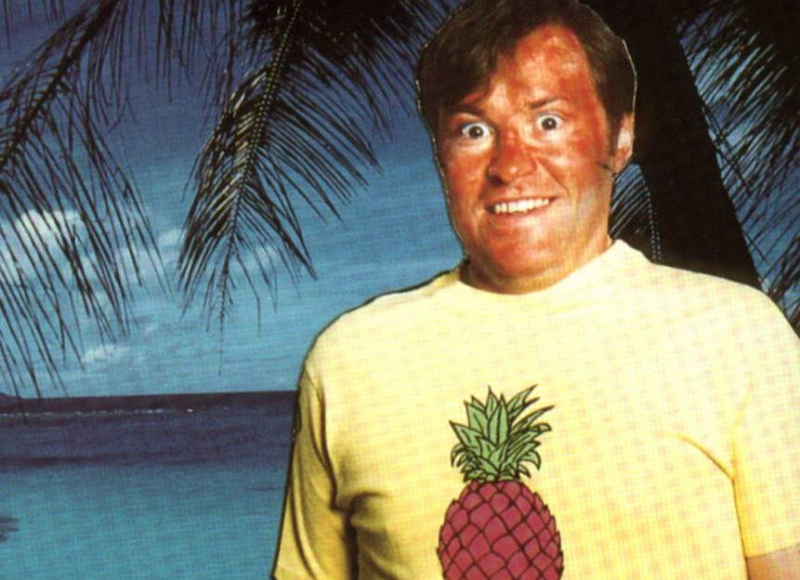 Ibiza has long been a melting pot of different languages, nationalities and cultures. A place where groups of like-minded people can come and mix knowing they are all connected by two things, the universe and their common love of electronic music and the party scene attached to it.

But, sometimes, the clihcéd bullshit I’ve just said in the paragraph above is way too hard to swallow and all we want to do is laugh at stereotypes of people from different countries. So, without further ado, here’s Ibiza Club News’s guide to spotting an Irish person in Ibiza.

Every Irish person knows that their skin is extremely delicate. It comes with the territory of having a climate that doesn’t really have a summer, they get winter and spring, and their skin just isn’t able for prolonged periods of sun. So, any god-fearing Irish person will either have a large bottle of factor 50 with them, or they’ll be making sure to get their hands on a bottle before they go anywhere near the sun.

Sunburnt to within an inch of their life

No matter how much factor 50 the Irish have, they’ll always manage to turn themselves a nice healthy shade of red within the first couple of days of their holiday. We really don’t know if it’s because they don’t apply sunscreen properly or if their skin is just too sensitive for the sun, but either way, you’ll be seeing plenty of red skin.

Ordering potatoes with every meal

The Irish certainly do love their spuds. In fact they love them so much that there’s an old Irish saying that roughly translates to “If you don’t have potatoes for breakfast, lunch and dinner, you’ll die” (we may or may not have made this saying up) and it seems that they all believe it, luckily there are plenty of spuds on offer in many different forms in Ibiza.

Every night starts in Joe Spoons

Ireland is unofficially the birthplace of pre-drinking, it’s actually believed that Irish missionaries brought pre-drinking to Britain and the rest of Europe in the early fifth centuries, with priests getting on the altar wine nice and early before spreading the good word of Christianity.

They say thank you to bus drivers

These guys are some of the most polite in the world. If there’s a bus to be got, be it from the airport to a hotel, or from San Antonio to Playa d’en Bossa, you’ll always be able to spot an Irish person getting off because they’ll go out of their way to thank the bus driver as they disembark. It’s just what they do, you’ve got to love the Irish.