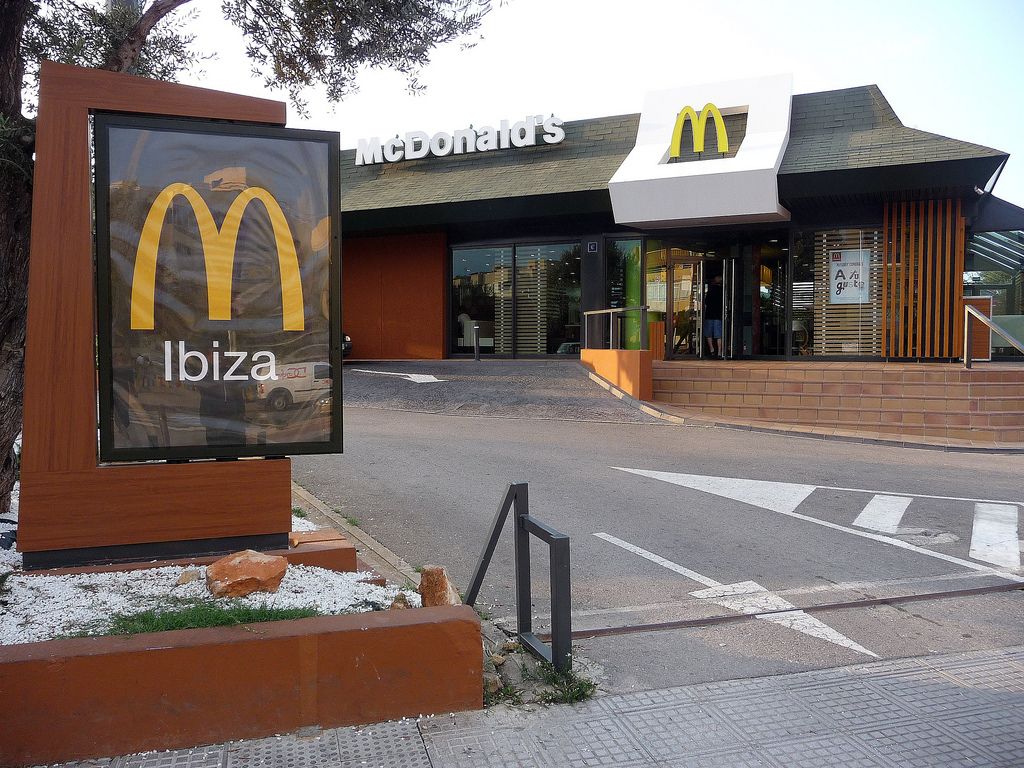 Here in Ibiza Club News headquarters, we’ve been building a wish list for Ibiza, it started off as a bit of fun but now it’s become a bit of an obsession and every day it gets longer, to the point where it’s pretty much taken over most of our office space. Every week, we’re going to be bringing you something from our list. A lot of the time it’ll be about getting the island back to its former glory or reversing silly government policies that seem to have the opposite effect they’re supposed to have, but every once in a while, it’s going to be something like today, where its only real purpose is to help us out when we’re hungover.

This week’s entry to our Ibiza Wish List is the opening of a McDonald’s in San Antonio. Look, San Antonio is already full of fast food joints where you can get pretty much any type of grease dripping belly filler known to man. There’s also a current trend of healthy places opening, where the more nutrition focused people can fill up on superfoods and antioxidants. We love all of this, it’s great to see people being health conscious but there are occasions when nothing can cut the mustard other than a Big Mac and a few chicken nuggets.

Every year, circulate about a McDonald’s opening in San An but, at this stage, we’re starting to wonder if it’ll ever happen or it’ll be forever confined to our Ibiza Wish List. San An’s fast food burger market seems to be held in a vice-like-grip by Burger King, with two locations, now there’s nothing wrong with Burger King, we’re quite partial to a Bacon Double Cheese on occasion and one of our office members once ate thirty- Cheese Bites in one sitting, but we’re all about equality here and we believe that the people of San An deserve the option of a McDonald’s every once in a while.

Then, we’ve got the real piste de resistance, the drive-through. Now, we know that not all McDonald’s have them, including the one by the Marina in Ibiza town,  but a lot of them do. There’s nothing better, when you’re suffering from a serious dose of , than getting your greasy grub fix without having to make any eye contact or face to face interactions with people. I’d happily pay for a day’s car rental if it means I could buy food from the safety of seat. It’s a small price to pay to a fragile mind.

We’re sure there are plenty of people out there who agree with us on this and if it wasn’t for fear of a life time Burger King ban we’d be a bit more proactive in pursuit of it. What’s your opinion on a McDonald’s in San Antonio? Would it be on your Ibiza wish list? Do you even have an Ibiza wish list? Get in touch and let us know you thoughts.

Track Of The Day: Rondevu – No Nonsense