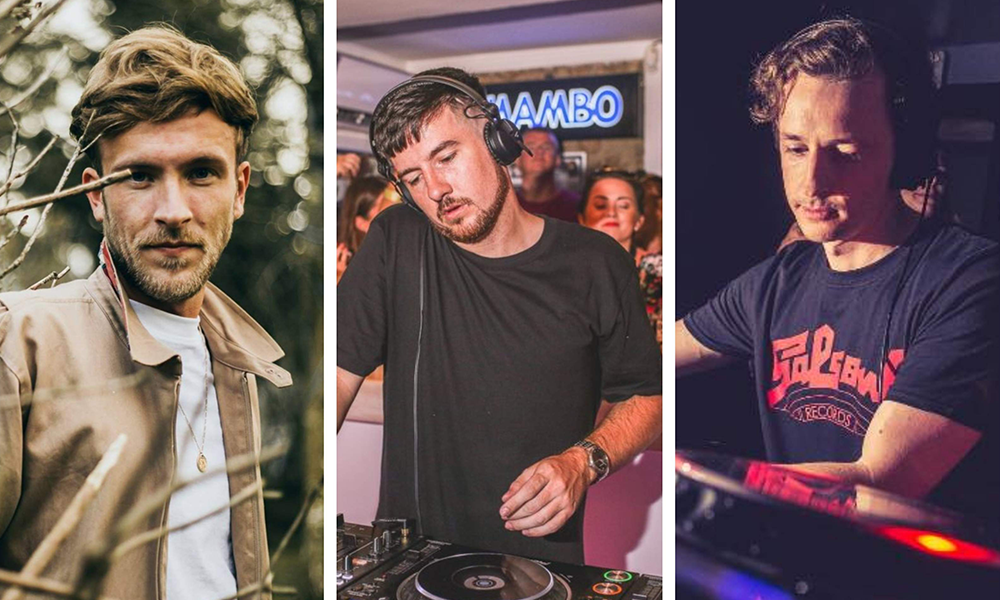 Party Hard Travel Are Offering The Ultimate Package For A True Ibiza Experience!

Ever since Ibiza gained popularity in the early 80’s from the early superclubs like Amnesia & Pacha, the Island has the biggest names in the industry play week in week out. But behind every Ibiza veteran, there’s a story.

A prime example of the effect Ibiza can have on a DJ’s career is the king, Carl Cox. Without his fifteen plus years residency in Space, who knows where else we may have gone with his career?

In saying that, we thought it would be good to shine some light on the up & comers and the true backbone behind the super-clubs.

The face behind ‘Griff’s Gaff’, Do Not Sleep resident and a well-known face to everyone on the Island, Griff has been grafting for many years on the island with numerous shows across many venues including Space, Sankeys, Cafe Mambo, Pikes and Privilege and as of late will be debuting on the Terrace of Amnesia! Griff’s signature grooving house sound is surely one we’ll be hearing in Ibiza for many years to come. 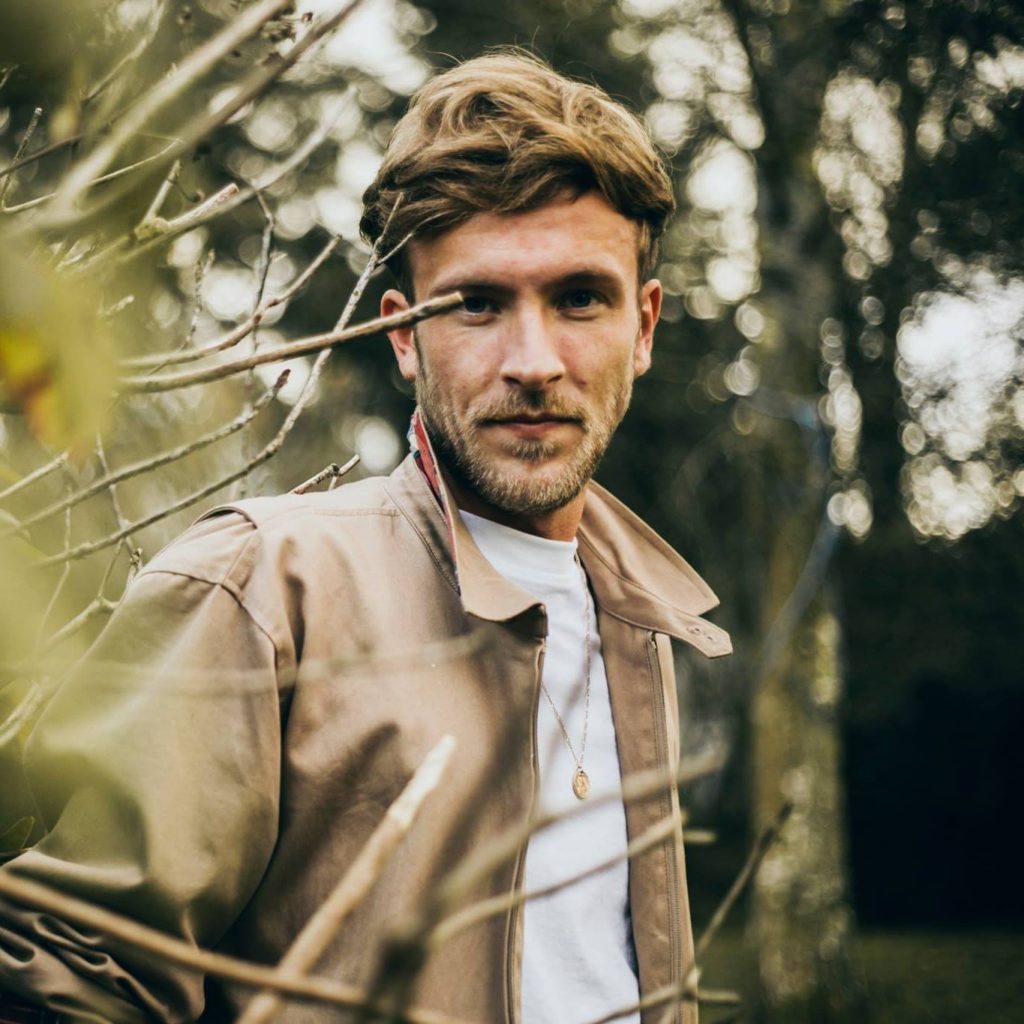 Scotsman and  Pukka Up resident, James ID is making a solid name for himself on the Island. If holding only one residency wasn’t enough to impress you, James hold’s a second residency at the infamous Nikki Beach. Tieing in his incredible DJing with his Eric Prydz-esque productions and a string of releases on the well respected Cr2 Records, we can see nothing but a legendary future for this man. 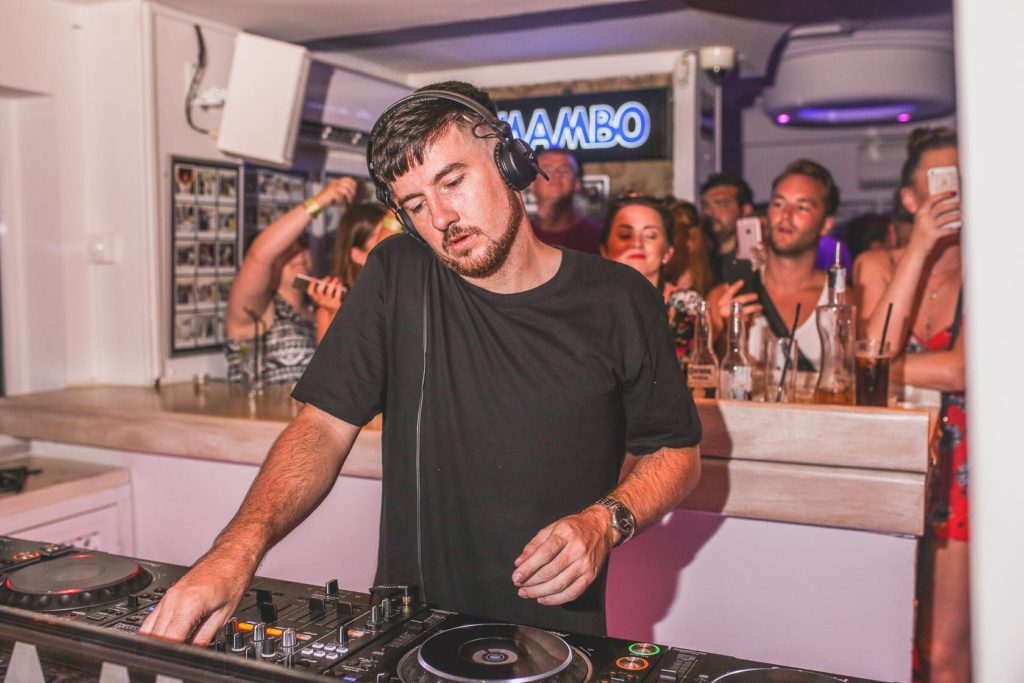 Considered to be one of the top emerging house/disco DJ’s on the Island, Danny Langan is defintiely one to watch for this summer. Having thrown his own parties ‘WERK’ a few years ago in London, bringing icons Jeremy Underground, John Morales, Joey Negro to his events, it’s clear why he’s got so much talent and experience under his belt.

Leading into the 2019 season, Danny has some big things lined up including his residency with Hotbed, a brand perfectly suited to his music style. In saying that, Danny will also be joining the Hotbed gang on his home-soil at We Are FSTVL.

With the season fast approaching, there’s set to be a lot more announced for this artist. 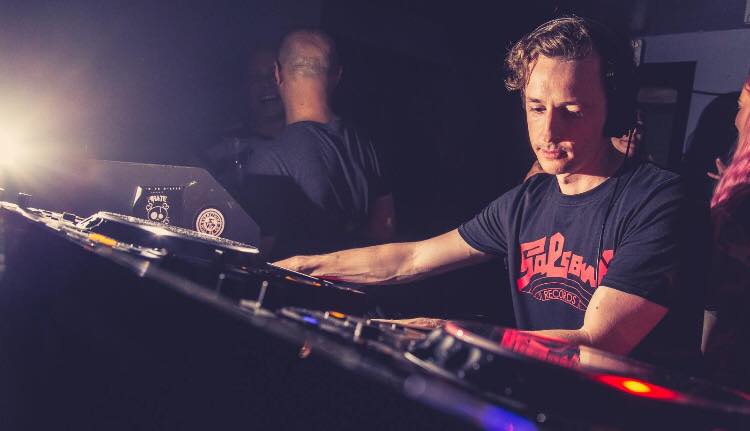 If you’ve been to Ibiza in the past 6 years, you’ve more than likely come across this artist! Veeto, a Liverpool face with a rich history on the Island. Holding a residency in Plastik for 6 consecutive seasons working 7 nights a week, playing in Space, Sankeys, hundreds of boat parties, Ocean Beach, Hï and numerous other parties. It goes without question, Dom has and always will be on the rise in Ibiza. One of Dom’s most outstanding memories as a DJ on the Island was playing for Carl Cox’s 50th Birthday bash in Space, where he got a standing ovation from the crowd.

Dom’s one of the very few workers who didn’t’ run out of money before leaving the Island or spend their whole time partying. Doing what he does requires a lot of dedication, patience, and effort.

We salute this mans respect to the DJing community and greatly look forward to seeing what 2019 holds for him. 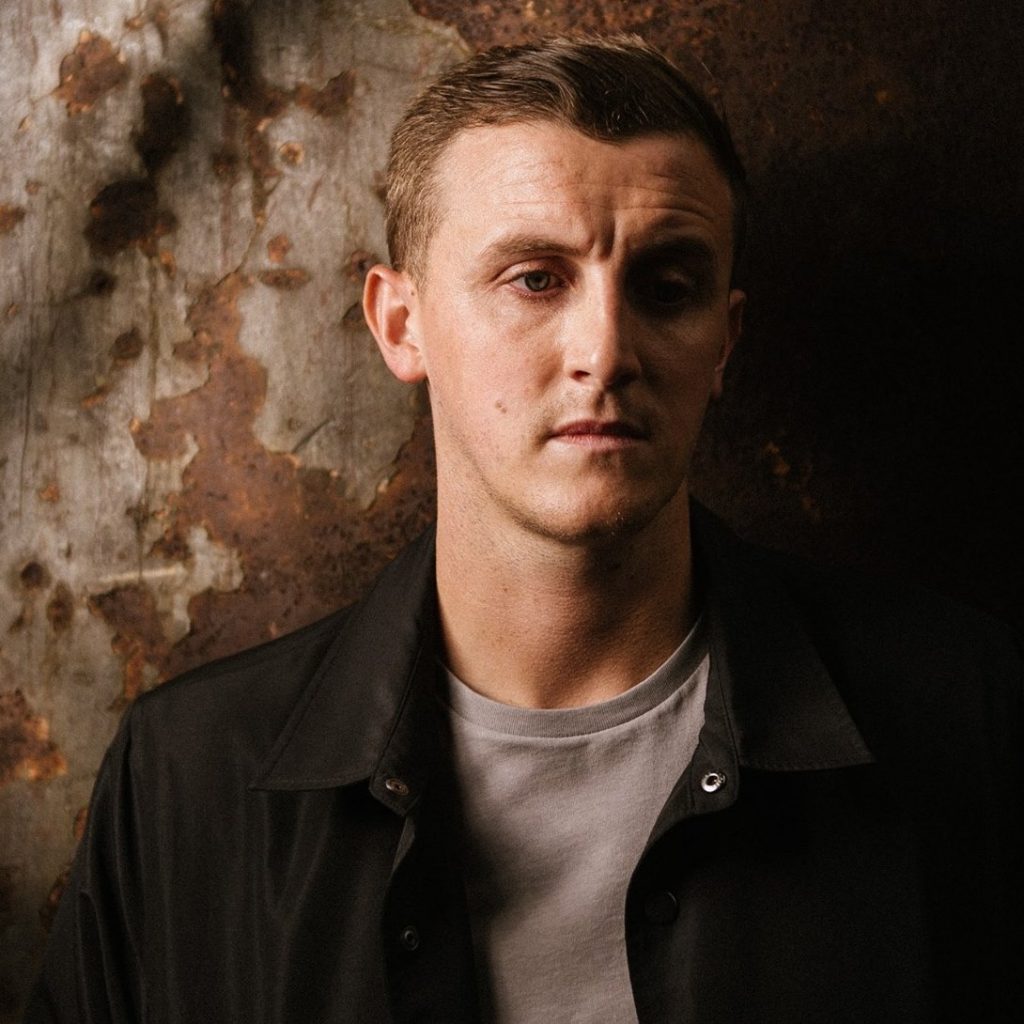 The London clubbing scene is booming and will forever keep on booming, but with that comes a multitude of artists that are the backbone of the scene, Carly Carmen being one of them.

From being considerably fresh to the scene with three years experience under her belt, she’s gone on to do things that DJ’s with ten years experience haven’t even touched on. Holding numerous residencies including many parties with Fragmented and Entice all across London. Carmen has basically played in all of the top clubs in the city including Ministry of Sound, Studio 338, Egg & Lightbox.

Fast forward a few years to 2016, Carly made the dream leap of playing in none-other than Ibiza. Upon visiting the Island, she absolutely took off, landing slots in Do Not Sleep at Cuckoo Land, Griff’s Gaff, alongside with bookings for Eden, Zoo Project & Budafest last year, and with that, she took her inspiration and musical talent to the studio. Collaborating with artists Kieran Lythgow, Sunshine & Tequila and got signed to Freakin303. In saying that, we heard a little something through the grapevine that she’s also gonna be collaborating with her good friend Karter for a big release sometime this year. 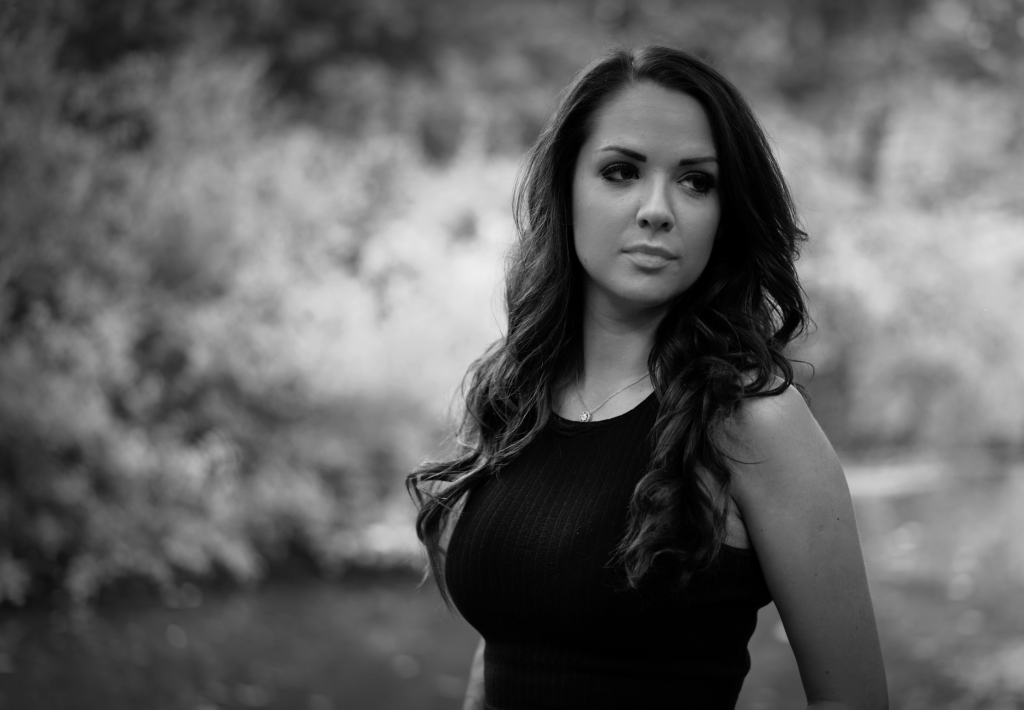 Irish bred and one of the top emerging artists from the country, DAYL has had over six consecutive years of growth as an artist.

Recognized as one of the faces of ‘Flashmob Records’ and having a string of releases on the Italian label, DAYL is swiftly becoming one of the most in-demand artists to this day.

Ibiza wise, DAYL has two years under his belt as a resident for both Sankeys & Eden playing for Unusual Suspects, Tropical Wonderland, Taste The Punch, Do Not Sleep & Exit Music to mention just a few.

It’s safe to say, 2019 is looking majorly big for this talent. 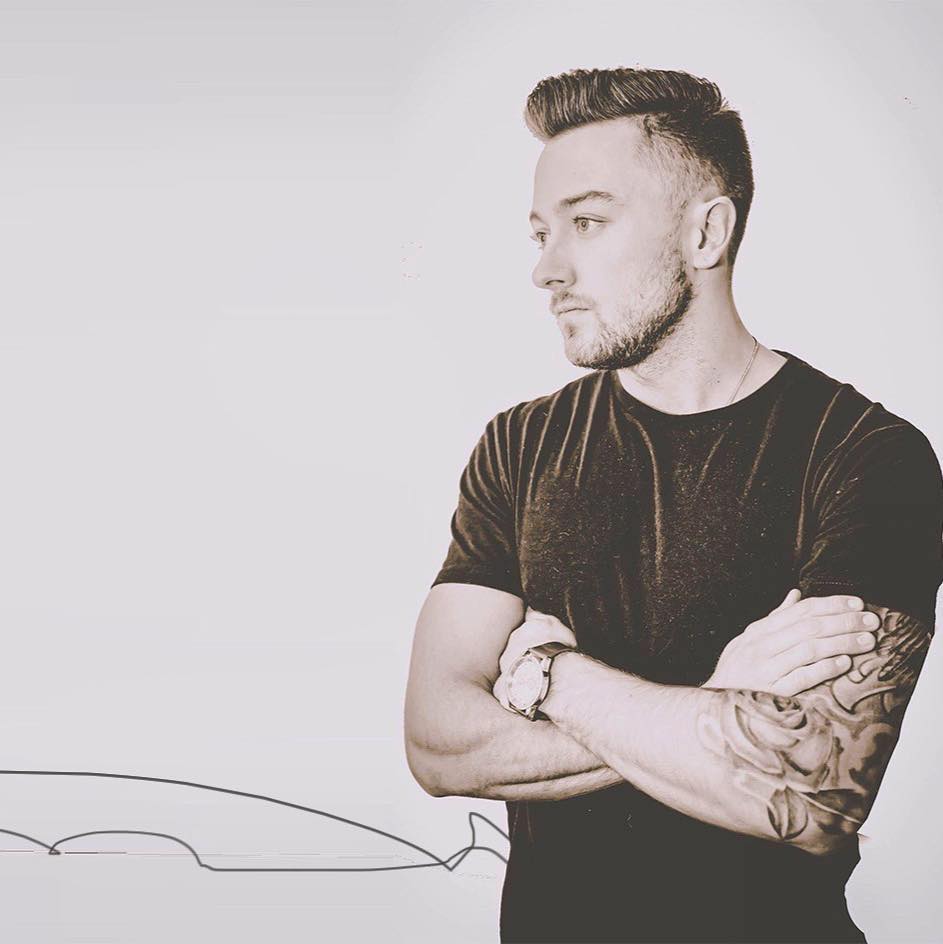 A very familiar face to everyone in Ibiza, Nunkii has been a growing part of the Island for quite some time. Having been a core resident of Faction in Eden the last few years, a regular to the legendary ‘Shit Parties’ in Benimussa Park and of course the B12 events in the winter!

Known for his pounding tech-house sound, Nunkii is set to take the Island by storm this season and is looking stronger than ever.

Aside from Ibiza related stuff, he’s taken a new musical journey with his rave on wheels aka ‘Slippers The SplitSoundsystem’ a Volkswagen van converted into a mini stage. Expect to see this vehicle across many festivals & countries this year. 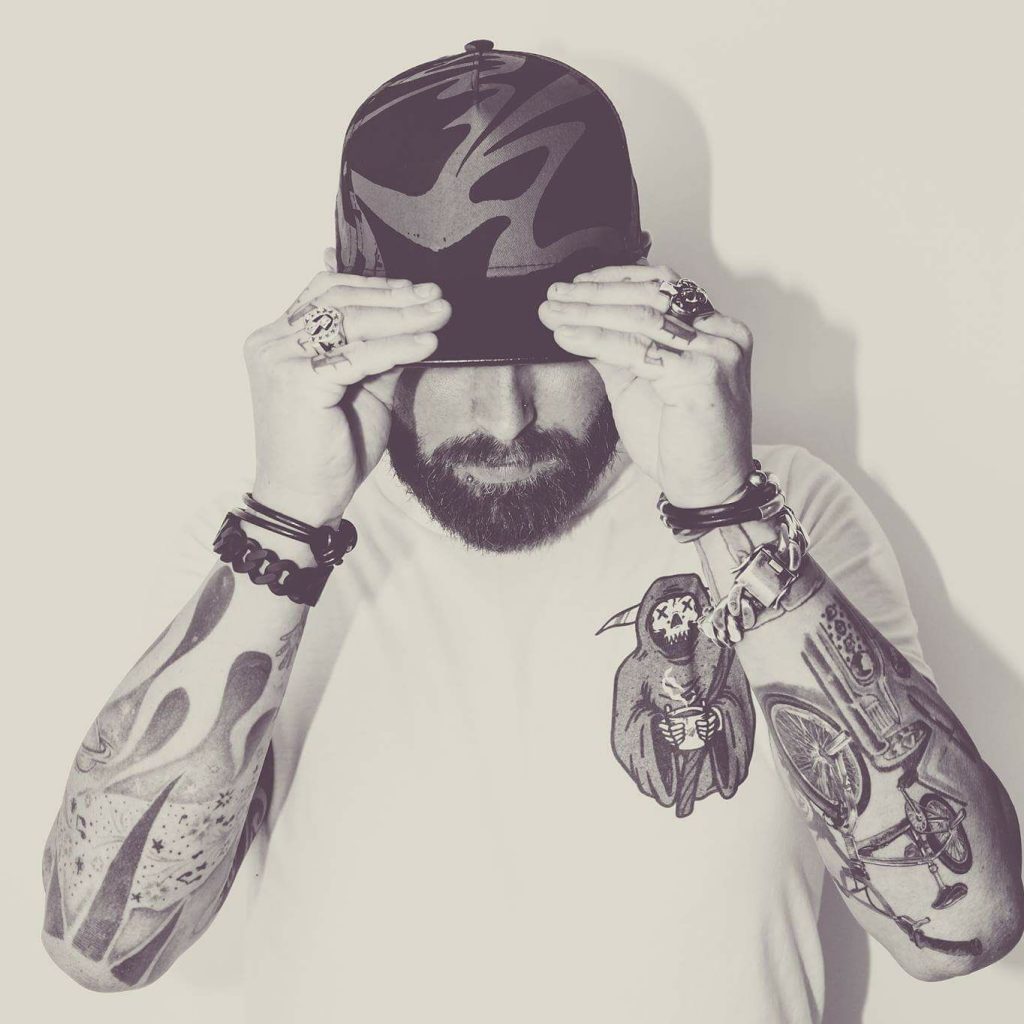 Nancy is without a doubt one of the fastest rising techno artists on the Island. Stepping away from DJing a while ago, she has completely immersed herself in a digital/analog live setup. Along-side her setup, it’s a completely one-person band style, with no computer, no nothing but just her and the machines! Her history on the Island has been quite a busy one with performances at Space for Carl Cox, We Love Sundays, numerous nights in Sankeys and more. What to expect from this artist? Fast-paced, hard-hitting techno with a unique twist. 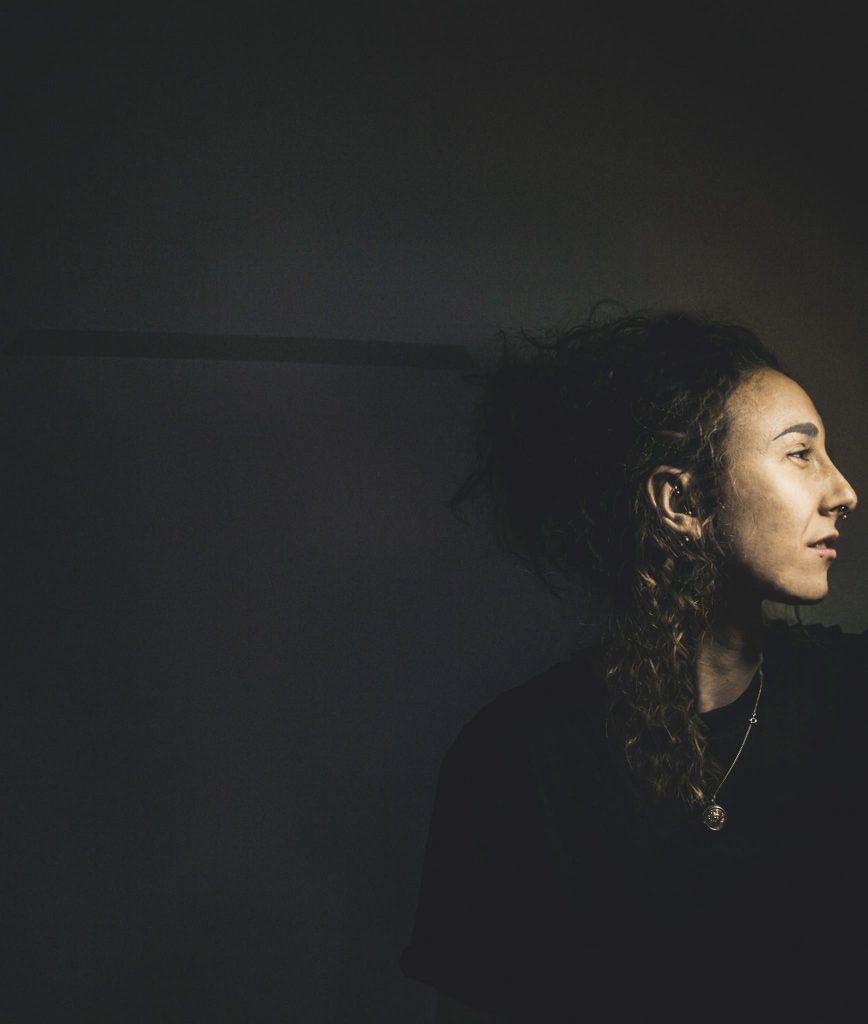 London based artist, Karter has been doing some majorly impressive bits in his home country and abroad, as of late. From just playing in The Steelyard supporting Wade with the 33 crew, making his XOYO debut, getting booked for Budafest in Hungary and numerous shows across the UK, it’s only a matter of time before he’s going global.

Aside from London related stuff, Karter has played a stand-out set supporting Rich NXT (Fuse) in Southend for Klik. We’re expecting to see lots of Karter in 2019. 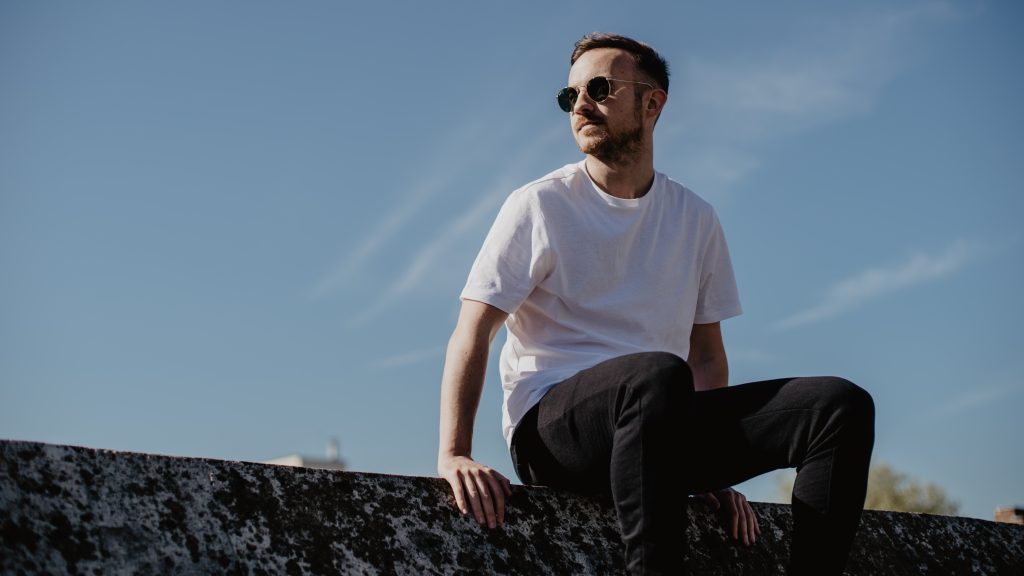 Mikey Duncan has had his fair share of stand-out moments on the Island. From being a regular in Space playing for 3 seasons for Carl Cox’s “Music Is Revolution” parties and appearing at Privilege last season for “Pure Carl Cox” plus many more intimate shows.

Formerly part of the A&R team at the well known Scottish label Glasgow Underground as well as co-running the brand and label Digital:Groove Mikey has got an absolute heap of musical knowledge and that truly reflects in his sets.

Big things are expected from Mikey this year.

Finish Off Your Season In Style With The Party Hard Ultimate Closing Festival Package! 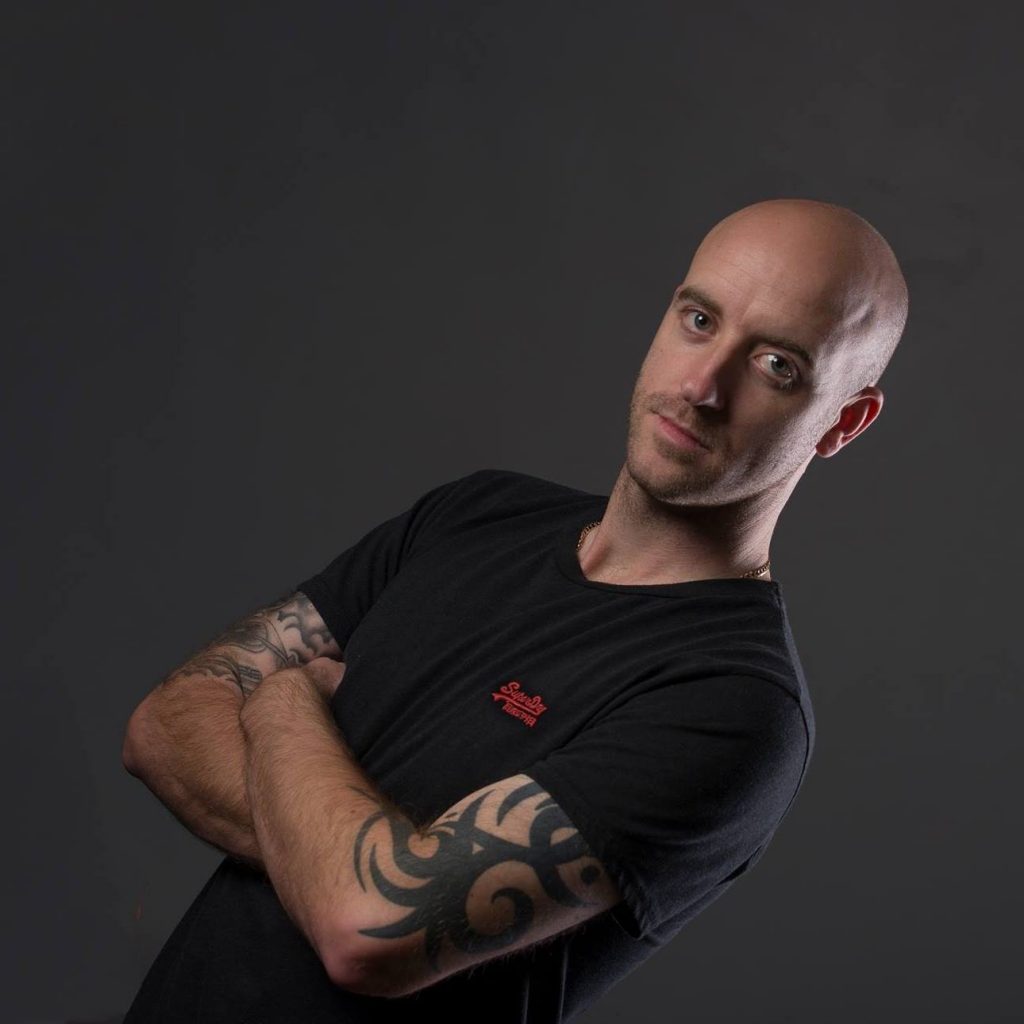 Taking the international circuit by the reigns, RYZY is no new-comer to the higher archy of EDM artists. Having a new single coming out ‘Because of You’ with Elle Vee, also just played an after-party for Sigala & Rudimental, not too mention his upcoming release of an iconic Armada Music track, he’s quite a busy man!

When it comes to Ibiza related stuff, he’s quite fresh to the scene, but from what we have gathered, he’s looking to be one of the top faces of EDM on the Island very soon. 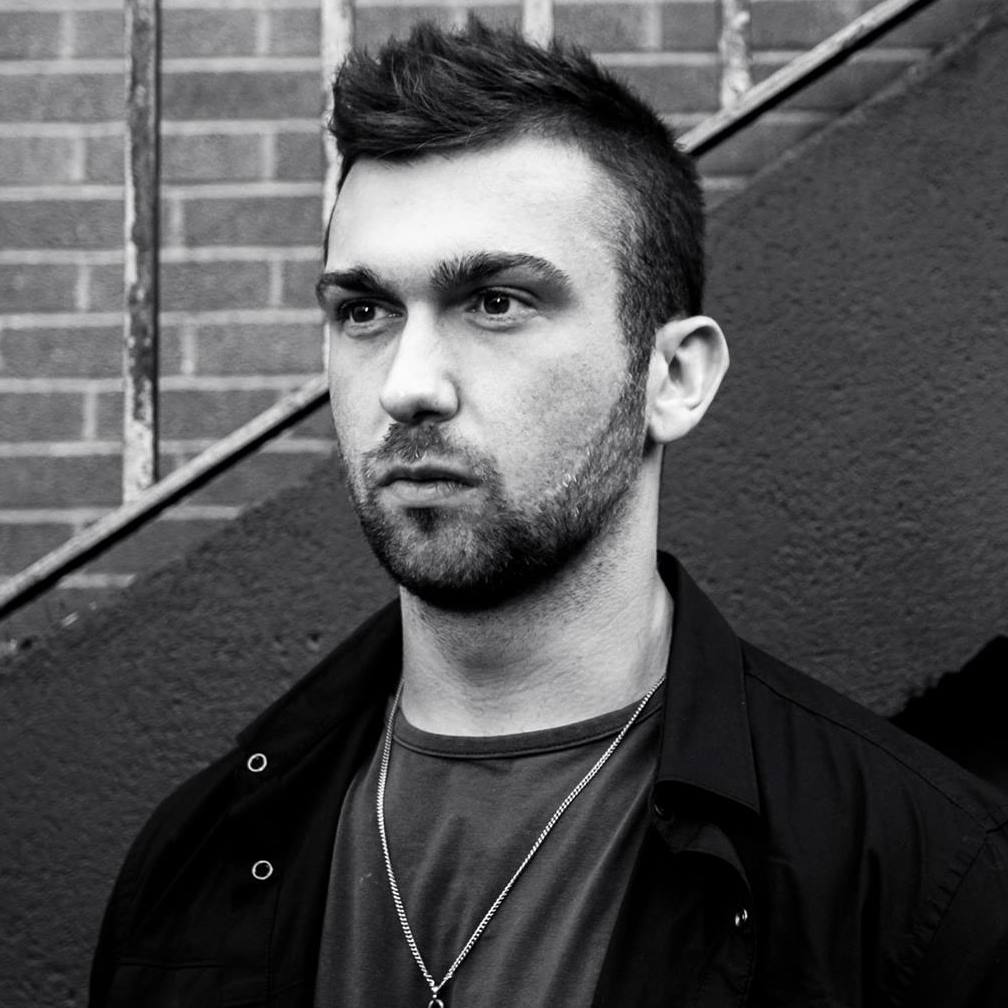 Manchester-based artist Jimmy Switch has had an extremely impressive couple of years in Ibiza. Hitting double digits of playing shows on the Island is an achievement in itself but when your events are mainly under the roof of Sankeys, you’ve got yourself a winner. Keep an eye on Jimmy & the ABODE crew over the next year, we’re expecting huge things. 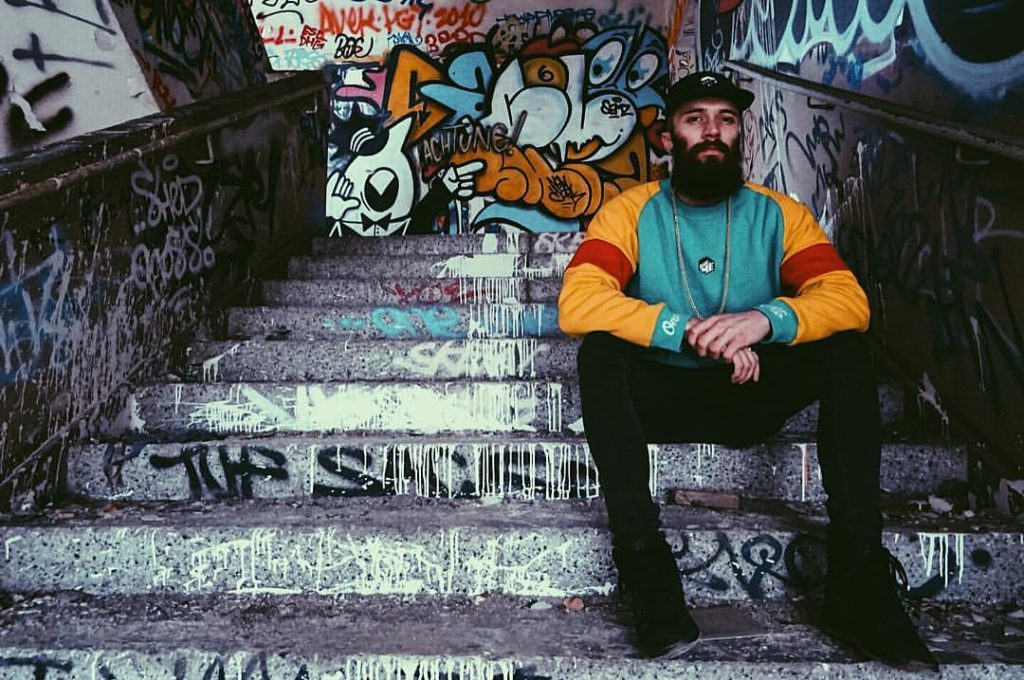 Hailing from Dublin, Eric Brown took the Island by the horns last year and truly made a name for himself. Being a firm favourite to the increasingly popular ‘Faction’ gang, playing at PURE Carl Cox & Space In The Park, it’s been a newcomers dream, to say the least. Will this man be the face of the new upcoming Irish talent on the Island? 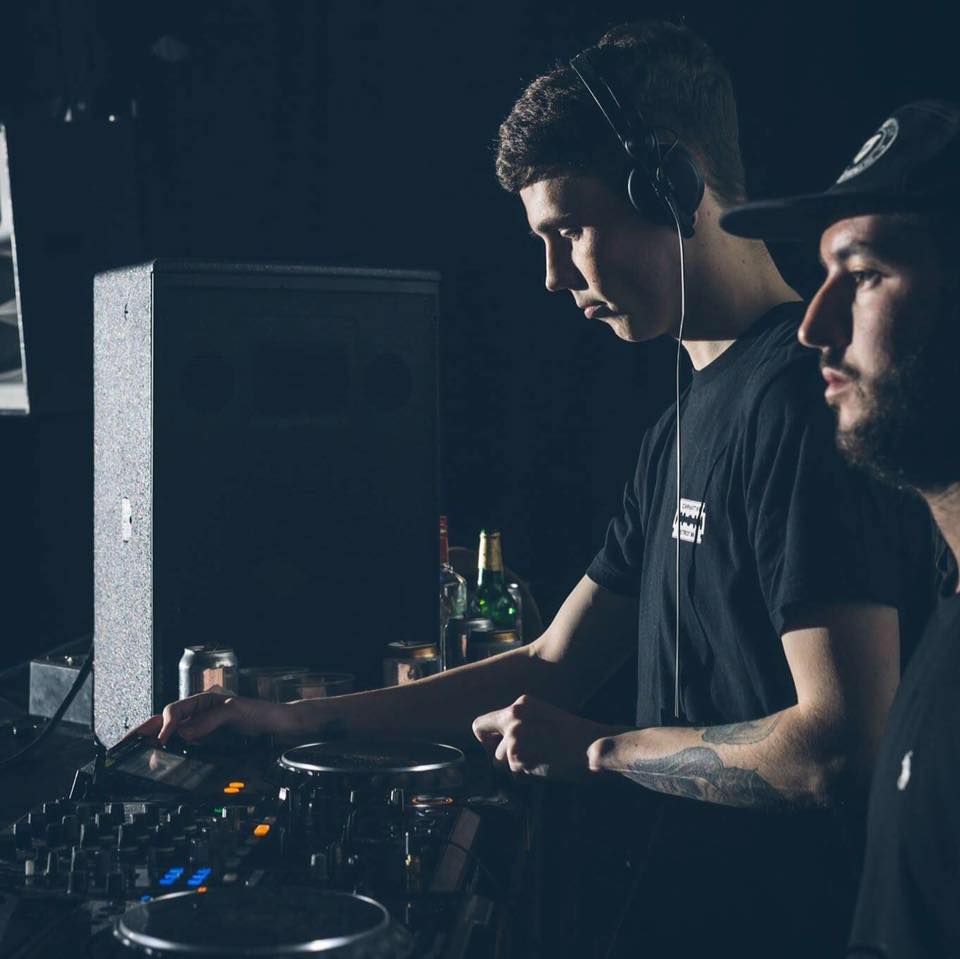 Irish native but now fully based on the Island, Loéca is one of the core residents of Ocean Beach Club. Having a strong summer last year with similar residencies at Nassau and Savannah, she’s swiftly getting a solid reputation as one of the most in-demand DJs on the Island. 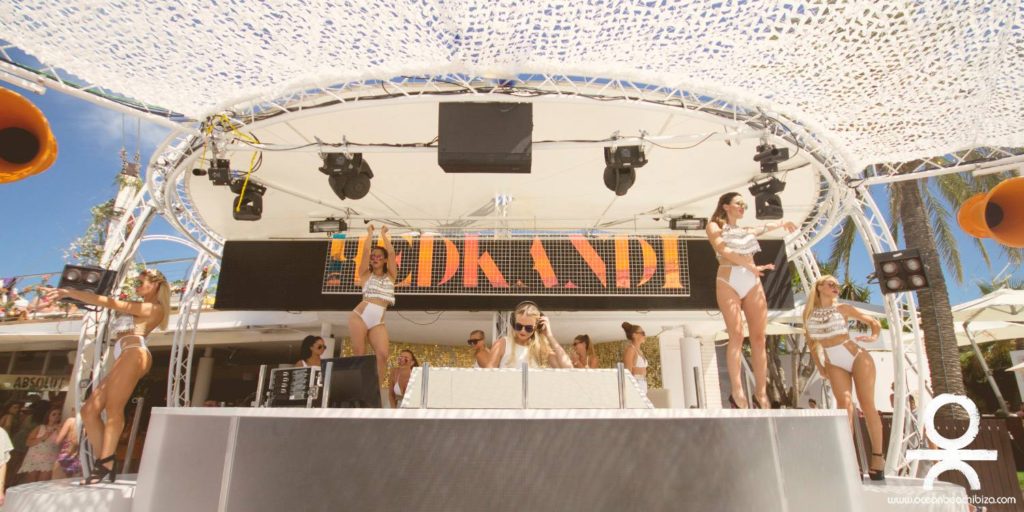 There aren’t many up and coming drum & bass DJs on the island but, Becky Saif is definitely one to watch. A Together resident, she took part in every single show in 2017, a total of 16 consecutive weeks. We look forward to seeing what this year holds for this very exciting talent. 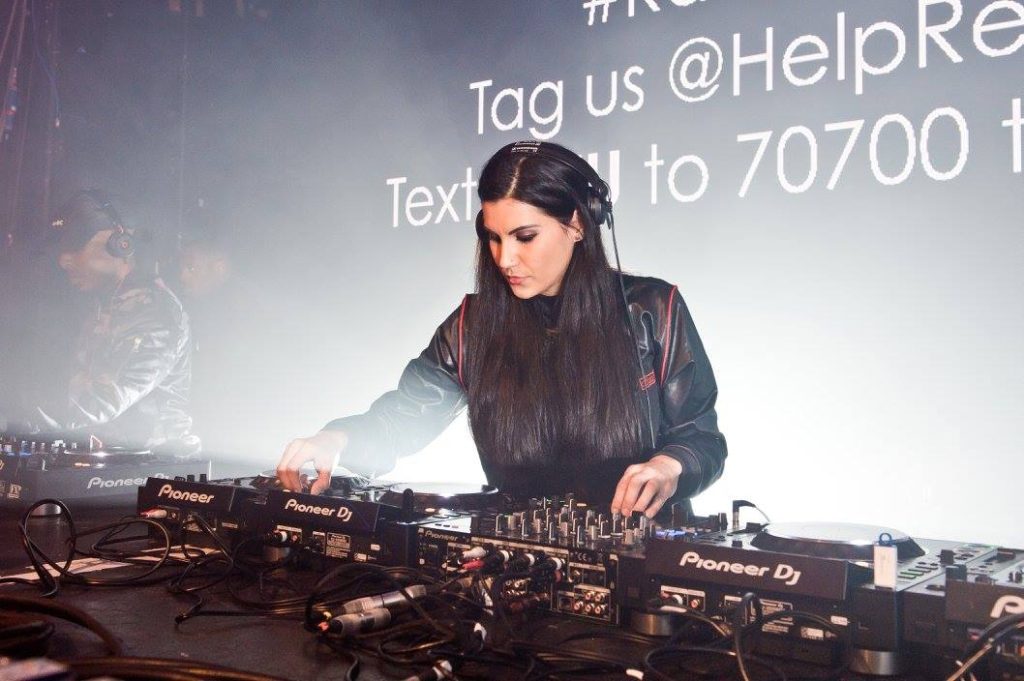 Being the resident for one of the loosest boat parties on the Island Cirque De La Nuit is, by all means, a dream residence. Ryan Platts has really made himself a name on the Island with his performances across Sankeys, Zoo project & Space, but the boat parties are the true core to his excellence on the Isle. We’re looking forward to seeing what 2019 holds for this man. 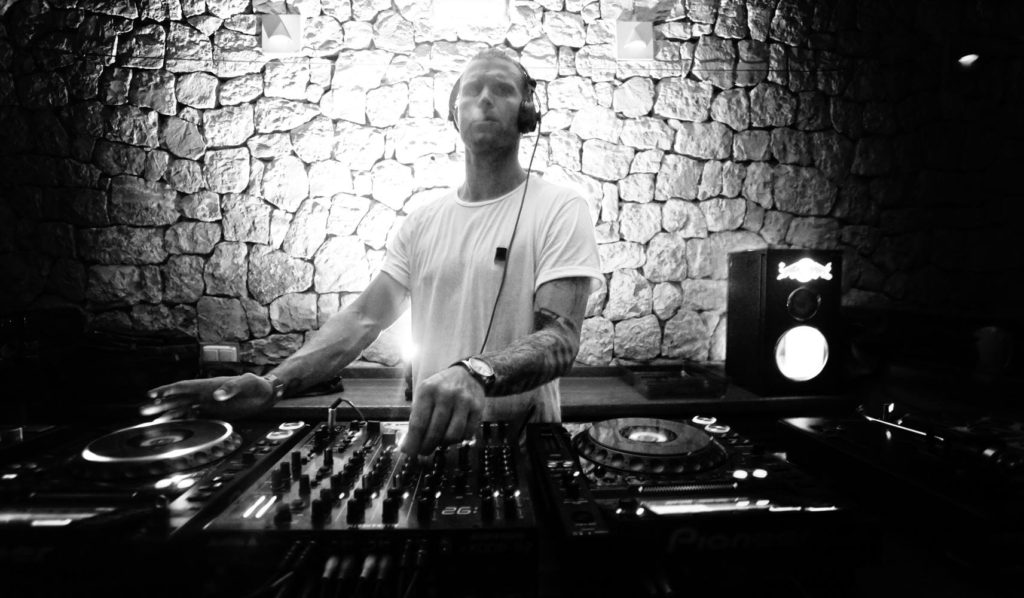 Hailing from Sunderland, England. Ryan’s residency and stand-out sets at both Mambos & Savannah have gained him a unique spotlight among other up-comers on the Island. His consistency and skill are leading him down a really good path on the Island. 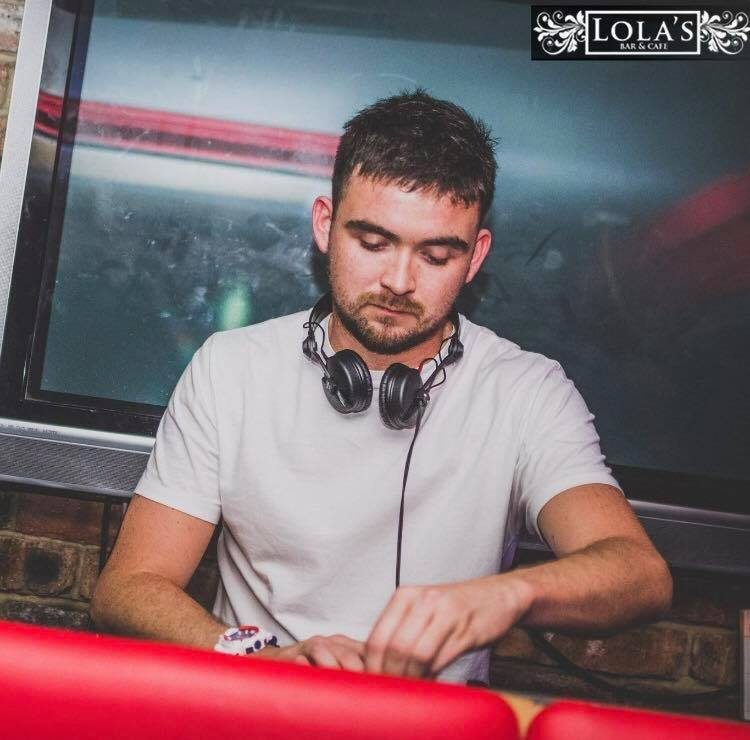 Sankeys regular and a rare one at that! London native Kellie Allen has broken boundaries with her time on the Isle. Having a weekly radio show known as ‘Kellie Allen: In The Mix’ engaging with almost over 860,000 listeners weekly on Ibiza Global and her Sankeys residency, we can see nothing but success and fame for this artist in the coming years. 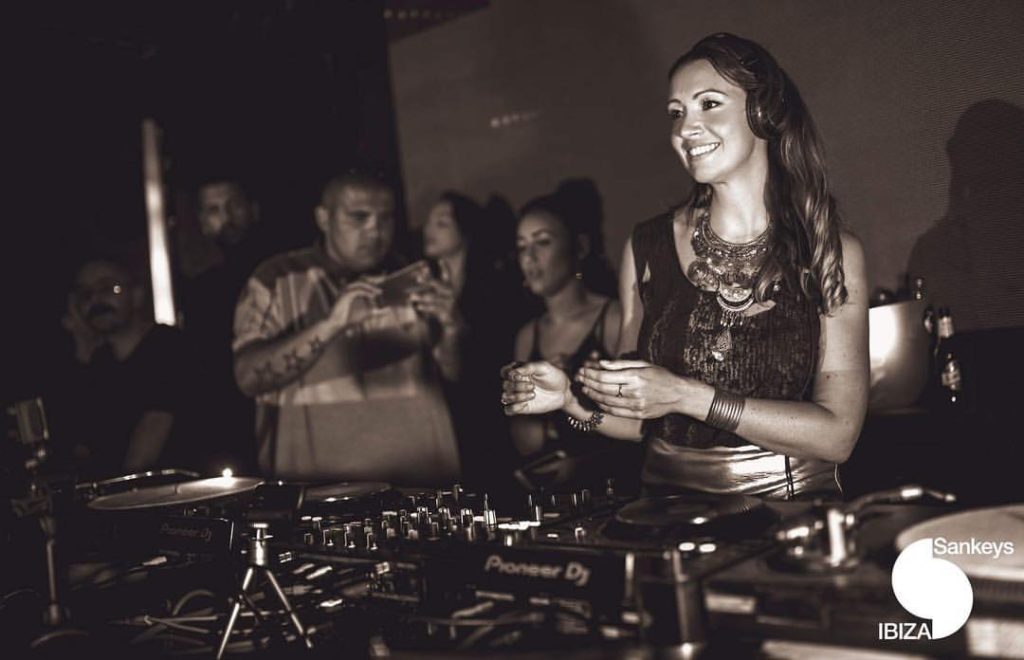 Centauro Is Our Number One Choice For Car Rental In Ibiza – Here’s Why!

Party Hard Travel Are Offering The Ultimate Package For A True Ibiza Experience!