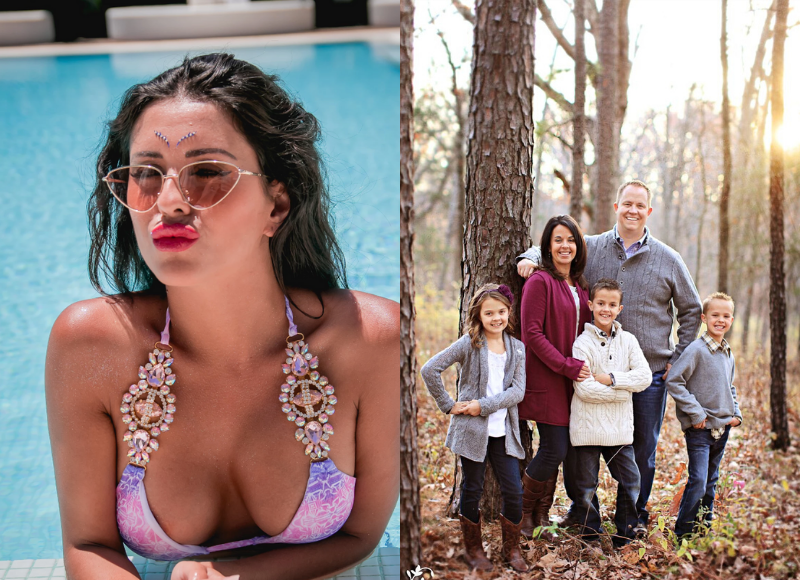 When it comes to going to Ibiza, it’s usually a pretty easy decision to make. You think to yourself, “Will I go to Ibiza”, then you instantly decide that you will, then you start to plan your trip. Well, at least that’s how it usually works for us anyway.

There are however, some people who are not as fortunate in the world. People who can’t just decide to go on another trip to the White Isle because they are burdened by a terrible affliction. A family. Imagine not being able to make plans to do whatever you want because there are other people dependant on you. The thought alone is enough to send shivers down our spine.

If you are one of these poor unfortunate people, fear not, there is a ray of light at the end of the tunnel because sometimes it is alright to choose Ibiza over your and here’s why.

OK, maybe you have decided to name your kids after Coxy and they are actually called Carl Cox, but either way they’re not the man himself. If they were, you’d have no reason to go to Ibiza but they’re not. So Ibiza one, family nil.

Your kids don’t have jobs

As far as we can tell, you’ll only be using your own hard earned money to fund your trip to Ibiza. Are we right? Of course we are. Now, why should your kids dictate how you chose to spend the aforementioned hard earned money. Are you not already paying for every single thing they have? Do you not already pay for the house they live in, keep them dry and warm and put food in their mouths every single day of their lives? And do they contribute at all? Nope. Well, it seems to us like they’re a little ungrateful and you need to treat yourself for a change. So, go on, book that holiday, make it two weeks. You deserve it.

Your house isn’t a nightclub

Do you remember the days when you used to think you’d never get tired of clubbing? You know, the good old days? They were great, weren’t they? You used to party all weekend, every weekend. Now, try to remember the last time you went to a nightclub. You can’t, can you? Probably some time before your kids came along and took over your life. You hardly ever even get to leave your house at the weekend anymore. If your house was a nightclub that would be fine, but it’s not. You know where there are lots of nightclubs. Ibiza, that’s where.

It’s just not appropriate to drink 15 shots around children

You used to love doing shots. You were always the first one up to the bar ordering the Jagers as soon as work finished on a Friday. What happened to you? There’s a big shot shaped hole in your life and the only thing that can fill it is a serious session on the shots. Now, correct us if we’re wrong, but it’s just not appropriate to consume the number of shots it’ll take to scratch your itch anywhere near your children. In fact, for the sake of the children, you shouldn’t even be doing it in the same country as them. So, you better just book your flights now.

Someone has to look after the cats

Those bloody cats and the constant need to feed them. You didn’t even want them in the first place, did you? You said you’d never be able to go anywhere with them. You were right too. They’re constantly holding you back. Well it stops here. You can’t let those little furry freaks take over your life but, at the same time, you can’t abandon them either. You need a break, and you need to go solo so the cats don’t go hungry. A trip for one it is. What’s that, Ryanair are doing a flash sale on flights to Ibiza? Result! Get it booked.

I bet you never thought your life was going to end up like this. If someone had told you you’d be sitting here with a family ten years ago you’d have laughed in their face. But, here you, it’s a funny old world. Isn’t it? I bet sometimes you think you’re going mad. All of that extra responsibility is enough to make anyone snap, but you can’t, you’ve got your kids to think about, you need to be strong for them, but it’s just so hard. Do you know what would help? A little break from it all. Just for a couple of days. Pack the kids off to their grandparents and get away to recharge the batteries a little. It’s perfect. You need to do it, for the good of the family. You’re going to Ibiza for them, not for you. You’re such a good parent.

If you have been affected by anything you have just read in this article it’s probably been too long since you’ve been to Ibiza.