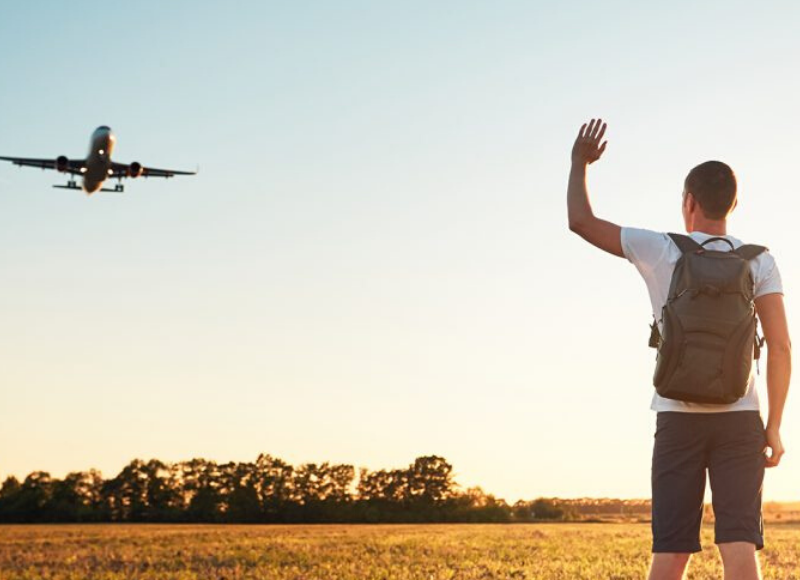 We’ve all been there, it’s your last night in Ibiza and you know you have to be at the airport at 10am to catch your flight home, but it’s also Tuesday and you really want to go and see Solardo and CamelPhat at BODYWORKS. Do you go out and leave early, back in your bed and asleep by 3am, leaving you with about seven hours sleep before you need to check in? Or, do you not go out at all, chill in your hotel and get up nice and early and enjoy a decent breakfast before heading to the airport relatively fresh? Or, do you just say fuck it, go out, get on it, stay to the end and put your fate in the hands of the gods and hope you make your flight, or better yet, go out, get on it and just miss your flight and stay for a few extra days.

IN fairness, the last option is probably the one we’d go for, because let’s face it, missing your flight home wouldn’t be all that bad, would it?

Forever dedicated to solving the real problems people face on the island, we’ve decided to have a look at the pros and cons of missing your flight home to help you weigh up whether or not unofficially extending your holiday is worth the risk.

You get to stay in Ibiza for an extra night. We get it, the end of a holiday can be quite an anxious time, the thoughts of going home are genuinely frightening, making the switch in your mental state that’s needed to get you from Ibiza to back to work is going to be like a blunt force trauma to the head, and you’re going to need to do it quickly because you’ve to be back in the office in two days. The only thing that can delay this, is missing your flight home and staying on the island for a bit of a holiday extension.

You get to enjoy the sun for a little bit longer. The Balearic Islands enjoy one of the most beautiful climates in all of Europe so it can be hard to go back to the weather wherever you’re from when you’ve had the lovely sun on your back for a few days. If you’re not quite ready for the cooler temperatures back home, missing your flight is the ideal way to spend a little bit of extra time topping up your tan in the sun.

You get to party some more. No matter how long you spend in Ibiza, you’ll never really get to all the parties you want to go to. At some point, you’ll miss one, or have to prioritise one over another, so there’ll always be another party you’ll want to go to. A bit of extra time on the end of your holiday could be the perfect opportunity for some bonus clubbing.

It’s not your fault. Missing a flight is just one of those things that can happen to anyone. It’s bad luck, accidental and, most of the time, it’s the fault of a dodgy alarm clock or horrible traffic delays. If you were to call your spouse, partner, parents or boss and tell them you weren’t really arsed coming home just yet, you’d probably be in for quite a bit of flack, but a missed flight is pretty much a get out of jail free card, as long as you play it correctly.

It’s going to cost you a lot of money. OK, you need to think rationally about this. Going home will cost you nothing, but missing your flight is going to come with a lots of expenses that are going to start adding up very quickly. Fist of, you’re going to need a new flight, which at last minute, is going to be very expensive. Some airlines will offer you a cheap ticket on the next available flight if you’re at the airport and you’ve just missed your flight but let’s face it, you’ve missed your flight and in your in Ibiza so chances are you won’t be anywhere near the airport. That means you’ll be booking a last minute flight home, which is going to be expensive, especially if you’re doing it peak season. Then, you’re going to need a new hotel, again last minute, and depending where you’re flying to, you may need it for more than one night with not every destination having daily flights from the island. On top of all of that, you’re also going to need spending money for your extra time on the island, we all know Ibiza’s not cheap so depending on what you plan to do, this could be another major expense, plus if you need to take extra time off work you’ll be down wages too. By the time you’ve added all of this up, it could be genuinely cheaper for you to just go home and book another trip, especially if your there midseason, you could probably get yourself a four of five day break in September for the same price you’d pay for an extra day in July or August.

Delaying the inevitable. While the thought of going back to work may be genuinely frightening the shit out of you, staying in Ibiza for an extra day isn’t going to change the fact you’ll have to go back. In fact, staying for longer and avoiding your return to work might seem like a perfect fix, but it’s only a temporary solution and an extra day or two of partying will only leave you more fragile and anxious. You’re only delaying the inevitable and making it worse for yourself.

You’ll be in the bad books. When you were thinking about missing your flight, you probably thought you wouldn’t get into trouble for missing you flight because it was the perfect crime (see above). Well, you were wrong. While you might get away with missing a flight home from a business meeting, or even a weekend away, you won’t be afforded the same sort of sympathy for missing a flight home from Ibiza. Everyone knows what goes on in Ibiza, they’ll know you’ve been getting on it large style over there and they’ll know that if you missed your flight, there’ll be no one to blame but yourself. You can forget about the get out of jail free card, everyone’s gonna be pissed off with you and you’ll need to do a lot of groveling and spend some serious time in the dog house before you’re forgiven for this one.

You’ll probably regret it. If you’re in the frame of mind to make the decision to deliberately miss your flight, it will probably seem like a great idea at the time but, once you’ve got a bit of sleep and you’re a bit more level headed it’s probably not going to seem like such a great idea. In fact, it’ll seem like a terrible idea and you’ll be seriously regretting making it. Getting home and having to deal with the fear and anxiety is bad enough so you don’t want to compunt it with extra guilt and regret. You’re mental health definitely won’t thank you for it.

If you are in Ibiza and you’re thinking about missing your flight home, try to weigh up what the delaying you’re journey home will mean for you and try not to make any rash calls when you’ve been up all night partying. If you still think it’s the right thing to do when you’ve sobered up, do it, but at least give yourself the option to let sober you make a call on it.